ContinueCancel
Advanced Search


Germany needs to do some straight talking with China
David Folkerts-Landau
It was obvious that the Chinese government was not amused when, in light of the ever-expanding list of German technology companies being bought up by Chinese investors, the German Minister of Economic Affairs Sigmar Gabriel spoke of the lack of reciprocation in Chinese investment conditions for German companies.
Region
Germany
Periodical
Talking Point
PDF 98K

Germany needs to do some straight talking with China 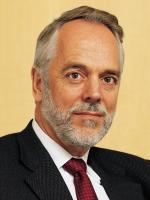 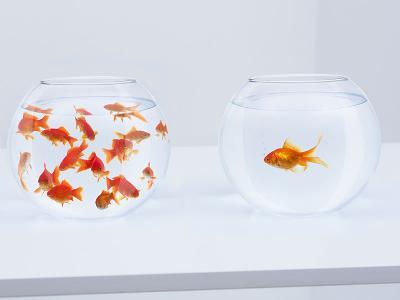 It was obvious that the Chinese government was not amused when, in light of the ever-expanding list of German technology companies being bought up by Chinese investors, the German Minister of Economic Affairs Sigmar Gabriel spoke of the lack of reciprocation in Chinese investment conditions for German companies. According to press reports, in the first half of this year alone, Chinese companies invested at least EUR 8 billion in German companies.
As a free-market liberal economist, one would assume that, in theory, a buyer will have better plans for improving a company's profits than the previous owner. This process of reallocating capital drives efficiency in a market economy, and thereby prosperity overall.
Although China is a country that hopes to be awarded market economy status by the EU by the end of the year, nevertheless, we also know that there can never be a question of market forces operating freely in China, given that the influence of the state, or indeed party, machine dominates everything. On the contrary, with the country's increasing economic strength and the knowledge that no major company can afford not to participate in what is, for many products, the largest market in the world, the Chinese state is increasingly flexing its muscles when it comes to foreign companies. According to a current survey by the EU Chamber of Commerce in China, for example, the number of complaints about unfair benefits for domestic businesses and hostile behaviour are rising. Nevertheless, faced with a considerable reduction in their short-term business success, companies often do not have any other choice. The question of time is a further area where foreign companies are at a disadvantage vis-à-vis the Chinese state. China's state strategies have a decade-long focus, as can be seen in the example of the major "Made in China 2025" initiative proclaimed by Prime Minister Li to promote China as a (manufacturing) location. Companies listed on the capital market, as well as small and medium-sized enterprises with succession issues, think in much shorter time frames, and for this reason naturally pursue microeconomic, and not industrial policy, objectives, such as securing Germany's long-term position.
A good measure of scepticism is appropriate when it comes to industrial policy strategies, given that politicians can't predict the future either, and vast quantities of public money has been wasted in Germany on the premise of safeguarding the country's future. It is, however, certainly reasonable from an economic viewpoint for a country with the highest share of industry among the world's leading national economies and a shrinking labour force to be committed to the digitalisation and automation of industrial production (keyword industry 4.0) with panache and with the help of government aid. For this reason, it begs the question to what extent the state should wave through foreign companies when a company's patents and even R+D department are lost in the medium term. Germany is proud of its general restraint when it comes to industrial policy because you do not have to look far to see that major state interference can put a considerable strain on economic momentum, structural reform and ultimately on international competitiveness. Freedom of contract and competition are important institutions in the German ordoliberal tradition. According to the tenets of ordoliberalism, competition is not only the best way to discover new things, but also, when it functions properly, the best means for preventing the concentration of economic power. However, freedom of contract and competition can only have the effect of increasing welfare when its agents do not occupy too unequal positions of power. It is for this reason that Germany has an effective competition and antitrust law exists. Yet the effect of an imbalance of power is even more fatal if the powers of the state are involved. If there is the suspicion that businesses have gained their market position and the financial means to buy up foreign businesses not least on the back of state influence in their home market, then our own government should not hold back politely when it comes to freedom of contract and continue its mantra-like demands for German businesses to be granted equal opportunities on the Chinese market as soon as possible. In any event, the argument that the new Chinese owners of recently acquired German companies will open the gateway to otherwise unobtainable business opportunities in China suggests that not much will begin to change here without massive pressure from the Federal Government.
Original in German published on November 7, 2016: ˮDeutschland muss mit China Tacheles redenˮ
Online Document "PROD0000000000446945" not found.
7.0.5