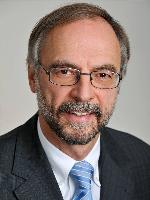 Dieter Bräuninger
dieter.braeuninger@db.com
www.dbresearch.com
Deutsche Bank Research Management
Stefan Schneider
The recent dispute among the German center/conservative parties, i.e. among the CDU and the CSU, has highlighted the issue of secondary migration within the EU. The intra-EU migration of asylum seekers is especially relevant for Germany, the major destination of these movements.
Dublin procedures in Germany 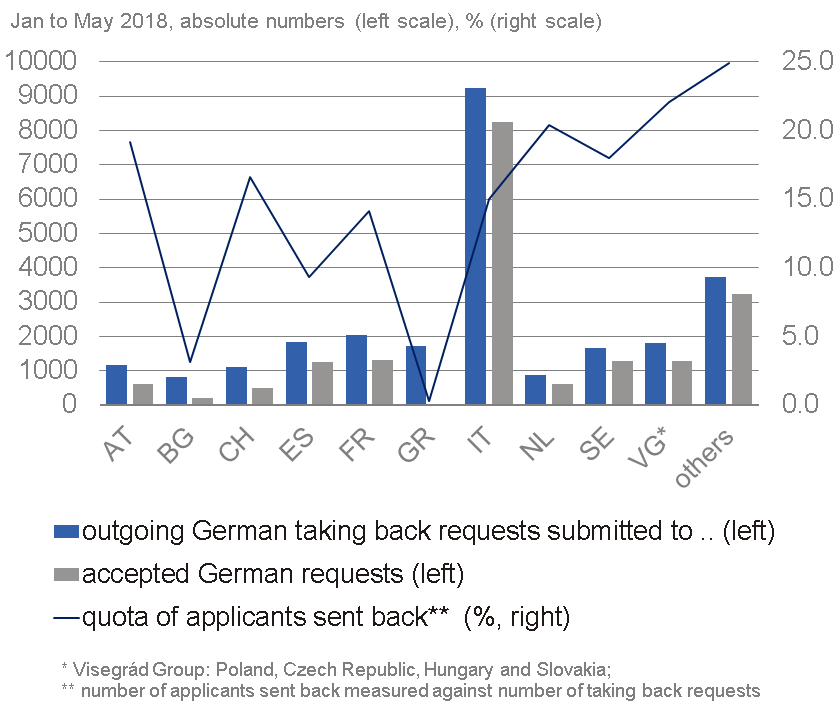 Source: Federal Ministry of the Interior, Building and Community
Secondary migration primarily means the illegal immigration of asylum applicants into member states which – according to the present EU rules (Dublin III Regulation) – are not responsible for the respective asylum procedure. This holds true for the bulk of those migrants who have already filed an application in another member state. According to Eurodac (European dactyloscopy database) data, in 2017, among the 633,000 asylum applicants registered in the system, about 40% had already filed an application in another member state. In Germany, the respective share was nearly 50% among the 189,000 applicants registered.
If a member state is not responsible for examining an application for international protection the Dublin III Regulation entitles it to send back the respective asylum applicants to the responsible member state. But there are rules for such a procedure. The Regulation stipulates: “A take back request shall be made as quickly as possible and in any event within two months of receiving the Eurodac hit …” and “if the take back request is based on evidence other than data obtained from the Eurodac system … within three months of the date on which the application for international protection was lodged...” (Article 23 (2)). Furthermore, the time limit for sending an applicant back to the responsible member state ends six months after this state’s acceptance of the respective take back request (Art. 29 (1)).
From January to May 2018 Germany submitted about 26,000 take back request to its European partner countries (EEA plus Switzerland). Amongst these requests, two thirds (17,300 cases) apply to applicants already registered in a partner country. In the same period the partner countries accepted nearly 18.600 requests. However, in the end, only 4.100 persons were effectively sent back. Measured against all requests this means a ratio of 15.7% and measured against the requests accepted the ration is 22%. In the past year, these ratios were even smaller with 11% and 15.2%, respectively. These low figures reflect the relatively short deadlines for executing the procedure and are due to the fact that many applicants appeal against being sent back.
Italy plays a key role for Germany regarding implementing the Dublin procedures. Within the first five months in 2018, Germany submitted more than a third (about 9,200) of all its requests to Italy (2017: 35.3%, January to May 2018: 35.5%). In the same period Italy accepted the substantial number of 8,400 requests. This contrasts with 1,384 people who were effectively transferred to Italy. As a result, with regard to Italy the above mentioned ratios were only 15% and 16.5%, respectively, i.e. markedly below the average.
Original in German published on July 5, 2018: ˮItalien mit Schlüsselrolle bei Rücküberstellung von Asylbewerbernˮ
Online Document "PROD0000000000446945" not found.
7.5.1