WeiterAbbrechen
Erweiterte Suche


What are you having for dinner?
Nizla NaizerTiffany Kanaga
From click & collect to at-home delivery to meal kits to other nascent options like autonomous vehicles, there’s an explosion of more convenient ways by which your supermarket is trying to sell you bananas.
Region
International
Reihe
Thematic Research

What are you having for dinner? 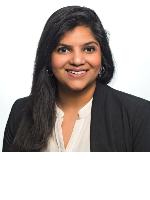 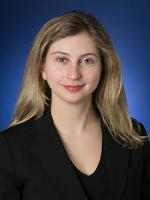 From click & collect to at-home delivery to meal kits to other nascent options like autonomous vehicles, there’s an explosion of more convenient ways by which your supermarket is trying to sell you bananas.
The average grocery shopper is the big winner, with falling prices and reclaimed time, but there will also be food retail winners and losers in this industry shakeout; an already highly competitive sector is becoming further bifurcated, and razor-thin margins are being pressured. We also discuss the opportunity for significant social improvement, as well as profit potential, through reductions in food waste.

What has triggered this tipping point in the grocery industry?

Food is by far the largest retail category, but it has long been a low-tech sector and is underpenetrated online at only about 3% of sales in the US today. This is not a reflection of unmet consumer needs and wants, as shoppers do want greater convenience. The catalyst is new innovation and capabilities, as heavy investments from digital competitors have set the pace, click & collect has become widely available, and third-party-delivery platforms have partnered with a range of retailers.

How do these different initiatives stack up?

Different players are taking very different approaches. Curbside pickup, or click & collect, has been a popular hybrid where customers still cover the last mile for retailer, and it also provides an immediacy that home delivery usually can’t match. Delivery comes in a few flavors as retailers decide whether to build or buy their own in-house network or to team up with an independent provider to gain a foothold in a quickly changing landscape.

What will be the winning format or technology over time?

Consumer behaviour is in flux and retailers must balance share gains with margin compression and capital investments. Pickup has jumped to an early lead. There is a growing trend toward faster delivery times. Meal kits are becoming more popular. Automated back rooms, dark stores, and warehouses are potential solutions, and more advanced ideas are being piloted or discussed, such as self-driving cars, drones, grab & go cashierless stores, and delivery not just to your door but to your fridge.

Will we see a new set of retailers selling us groceries in five or ten years?

The largest, most established players have the scale and the deep pockets to compete vs. regional grocers. We see a low threat from new entrants due to higher capital requirements, a low-margin business model, supply chain and logistical hurdles, high M&A activity, and entrenched consumer habits.

How big can online grocery get?

We studied apparel’s pace of digital adoption 15 years ago and believe grocery is at a similar tipping point now but with an even steeper curve as consumers are more used to shopping online. We believe the industry can reach 12% penetration in the US by 2025 vs. about 3% today, or $120 billion in sales. We don’t think this is particularly aggressive given that countries in Europe and Asia are already further down the path than America now.

What is a meal kit and how does the business model work?

Each week, the company you subscribe to gives you 20 recipes or so to choose from, and you pick, say, two or three dinners. On a pre-determined day, a box of ingredients is delivered to your door. Every ingredient you need to create the recipe you selected, and a pretty card with instructions, is in that box. The ingredients are pre-proportioned so there’s absolutely no waste.

Why have these models suddenly become popular? Is it a global phenomenon?

The model is growing rapidly in developed markets as the companies currently target a higher income bracket; meal kits are also more popular among those who already buy their groceries online. But in the US, for example, which is the single largest market for meal kits where the industry is worth over USD3bn, the larger companies are starting to segment their offering, including catering to those who want a low price option.

How do the companies limit waste?

These are very data-savvy firms. They know in most markets which recipes they intend to offer each week well in advance and they have demand forecasting models that tell them what the order rate for each recipe is likely to be. There’s no inventory held and it goes from the farmer to the customer in three days. From an environmental perspective, they only waste ~3% of the food produced vs. ~23% for a traditional grocer according to management.

What are the challenges for a model like this?

Like any young concept, meal kit companies need to spend effort and cash on promoting awareness and finding new customers. Competition is also always a concern. Could the grocers try to get into the model directly? Thus far, they’ve bought instead of built their meal kit exposure. Could online giants venturing into the grocery space also move into meal kits? We think the market is young enough and could be large enough to support several players.
Tiffany Kanaga covers retail stocks in the US. Nizla Naizer is part of the European Media and Online team. Their work can be found in Food Fight: Convenience & Digital Grocery Options at Tipping Point and Compare The Mealkit; Surveyors of Taste.
For important disclosure information please see: https://research.db.com/Research/Disclosures/Disclaimer