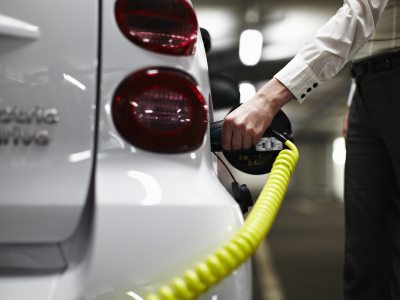 The EU Commission proposed new mandatory CO₂ targets for passenger cars. These targets cannot be achieved with combustion engines alone. Stricter regulation thus enforces the electrification of the power train. However, the average car buyer currently does not play to the tune of regulatory policy and turns a cold shoulder on most alternative fuels. There are other climate policy instruments that outperform the CO₂ targets for passenger cars in terms of meeting the environmental targets and economic efficiency.
In early November, the EU Commission presented a proposal setting new mandatory CO₂ targets for passenger cars and (light commercial vehicles) for 2025 resp. 2030. Accordingly, the reduction of average CO₂ emissions of newly registered cars in the EU shall amount to 15% by 2025, resp. 30% by 2030, based on the benchmark of 95 grams CO₂ per kilometre (2016: 118.1 g/km), the EU fleet average to be achieved by new cars by 2021, at the latest. 95 grams of CO₂ per kilometre correspond to fuel consumption of approximately 3.6 litres of diesel or 4.1 litres of petrol per 100 kilometres. As current emission standards are based on a different test procedure than future targets (transition from the “New European Driving Cycle” (NEDC) to the more realistic “Worldwide Harmonised Light Vehicle Test Procedure” (WLTP)), the proposed reduction targets are not yet defined as absolute CO₂ values in grams per kilometre.
For manufacturers achieving a share of (locally) zero- and low-emission vehicles, which exceeds 15% and 30% of newly registered cars by 2025 and 2030, respectively, the proposal of the EU Commission sets a less strict CO₂ target. In essence, this applies to electric cars (including fuel cell vehicles) and plug-in hybrids. Car makers exceeding the emissions targets, on the other hand, have to pay a penalty of EUR 95 per gram of exceedance of their specific target. This excess premium is imposed on all vehicles sold by the respective manufacturer in the EU. If, for instance, the target is overshot by 5 grams, the penalty payment amounts to EUR 475 for every newly registered passenger car of the manufacturer.
Reactions to the proposals of the EU Commission were mixed. Ecologically-oriented NGOs marked them as unambitious, whereas the automotive industry called them extremely challenging, thus raising the question of the CO₂ targets’ feasibility.
Not surprisingly, the views are varied. The fact is that the proposed targets for average CO₂ emissions of the new passenger car fleet, which will continue to range from small cars to pickups in future, cannot be achieved with combustion engines alone. Even though further efficiency gains are to be expected, there are, of course, limits to physics. Stricter regulation thus enforces a declining market share of fossil fuel-driven cars. And as battery electric vehicles – irrespective of the electricity mix – are, by political definition, zero-emission vehicles, it is perfectly understandable that auto industry plans to bring more and more electric cars (and plug-in hybrids) to the market in the years ahead.
However, a fundamental problem is as yet unresolved: Turning a cold shoulder on most alternative fuels, the average car buyer currently does not play to the tune of regulatory policy. This particularly holds for countries that do not (massively) subsidise electric cars, whereas electric vehicles & co. meanwhile account for a substantial share of new registrations, if high government subsidies are granted (e.g. more than 40% in Norway in the third quarter of 2017). Overall, however, the key trend in new car sales at the EU level is currently the market move from diesel vehicles to petrol-driven cars.

As regards the achievement (resp. non-achievement) of the proposed CO₂ targets, several scenarios are conceivable:
By 2030, we will quite probably see a mixture of the different options. How things evolve in reality ought to vary from country to country and from auto maker to auto maker.

CO₂ target with some fundamental disadvantages

Evidently, mitigating CO₂ emissions from road traffic, as pursued by the CO₂ targets, will be very costly relative to other CO₂ mitigation measures. But aren’t we by now somehow used to the fact that CO₂ mitigation costs play only a subordinate role in climate policy. It sometimes appears as if the financial resources for climate protection were no limiting factor.
What is more, the CO₂ targets for newly registered passenger cars completely ignore the influence of important factors on real-world CO₂ emissions from road traffic (e.g. total mileage per passenger car, individual driving behaviour).
Last but not least, the effect of the emission standards on actual CO₂ mitigation will be moderate, even if the share of electric cars increases at a rapid pace. As electromobility advances, CO₂ emissions are eventually shifting from road traffic to the electricity sector, which is of course not carbon-neutral. But the good news is that CO₂ emissions in the electricity sector are capped, courtesy of the EU Emissions Trading System. As regards local pollutant and noise emissions, a high share of electric cars is certainly positive.
The upshot is that there are other climate policy instruments that outperform the CO₂ targets for passenger cars in terms of meeting the environmental targets and economic efficiency. In the final analysis, the proposed CO₂ targets will only be achieved, if the car buyer plays to the tune of regulatory policy.
Original in German published on December 1, 2017: ˮNeue CO2-Grenzwerte für Pkw: Spielt der Autokäufer mit?ˮ