ContinueCancel
Advanced Search


Cyclical vs structural: observing the unobservable
Kuhumita BhattacharyaMarc de-Muizon
The workhorse framework of macroeconomics and monetary policy relies on the build-up of inflationary pressures across the cycle as the economy tightens, and firms have no choice but to raise wages, which ultimately lifts consumer prices.
Region
Europe
Periodical
Thematic Research
PDF 86K
This is an excerpt of Focus Europe: Cyclical vs structural: observing the unobservable, published on October 25, 2018.

Cyclical vs structural: observing the unobservable 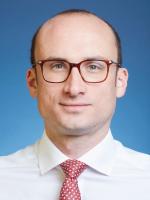 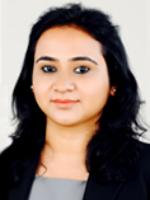 Kuhumita Bhattacharya
+44(20)777-94106
kuhumita.bhattacharya@db.com
www.dbresearch.com
The workhorse framework of macroeconomics and monetary policy relies on the build-up of inflationary pressures across the cycle as the economy tightens, and firms have no choice but to raise wages, which ultimately lifts consumer prices. Within that narrative, the estimation of slack in the economy – the output gap – is crucial to monetary policy authorities. A positive output gap means that the economy is away from its long-term steady-state equilibrium, and unsustainable cost pressures are building up. Currently, the OECD / IMF / European Commission estimate of the output gap in the euro-area is slightly positive and reaching close to 1% by the end of next year.
The output gap is the difference between potential and actual GDP. While actual output can be observed, potential output cannot and must be estimated. Potential output and its growth rate are determined by productivity – itself a function of human and physical capital as well as technology – and labour supply – itself a function of demographics and secular trends in participation. Ideally, estimates of potential GDP and its growth rate would be acyclical, relatively stable and reflect the gradual long-term evolution of its determinants.
The difficulty in estimating potential output and its growth rate also comes from the existence of structural supply shocks and their rate of diffusion into the economy. Furthermore, prolonged periods of slack could negatively affect the estimates – so-called hysteresis effects. Should potential growth estimates prove unnecessarily cyclical and/or unable to correctly identify supply shocks and their rate of diffusion, this would lead to overly pro-cyclical monetary –and fiscal policies.
In our article, we show that official sector estimates of potential growth are pro-cyclical, prone to large revisions and therefore imprecise. We try to apply other traditional macro-economic methods to the euro-area economy but find them equally unreliable. A closer look at the micro-economic developments in the labour market points to little slack left in the economy by the end of 2019, and a slowing potential growth rate amid adverse demographics – contrary to recent official estimates. Finally, inflation pressures are slowly building up but uncertainty remains on the impact of past structural reforms, the passthrough from higher wages to consumer prices, and the ability of core inflation to sustainably converge back towards target without the above-potential growth and very accomodative policy stance forecasted for the coming years.
We draw three conclusions from this analysis. First, the market should focus more on growth relative to trend rather than the output gap per se. Second, rates lift-off needs both the forward-looking SAPI criteria to be satisfied and current core inflation to reach a threshold. We think the core threshold is around 1.5%, a level we continue to expect in 2019 – based on the assumption of above-trend growth. Third, the ECB’s guidance is flexible enough to deal with disappointing inflation without needing to change. The state-contingent guidance says that policy rates will remain on hold beyond next summer until an inflation normalisation trajectory has been achieved. The ECB is targeting a level of financial conditions consistent with above-trend growth. Any tightening of financial conditions that threatens the inflation outlook with weaker growth – for example, currency appreciation or rising yields – should automatically lead to a recalibration of lift-off timing.
For important disclosure information please see: https://research.db.com/Research/Disclosures/Disclaimer
Online Document "PROD0000000000464268" not found.
13.10.5