Information
GUEST
You will loose your session in 180 seconds due to inactivity.
Continue session
Your session has timed out due to 30 minutes inactivity!
Continue with new session
Advanced Search


8. Space: a worrying geopolitical frontier
Galina Pozdnyakova
Against the backdrop of rising geo-political tensions between several countries, 2022 is shaping up to be the year when tensions over the potential for the militarisation of space become a top geo-political negotiation topic.
Region
International
Periodical
Thematic Research
PDF 286K 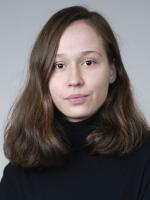 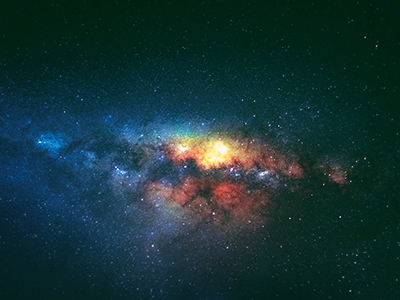 Against the backdrop of rising geo-political tensions between several countries, 2022 is shaping up to be the year when tensions over the potential for the militarisation of space become a top geo-political negotiation topic.

Against the backdrop of rising geo-political tensions between several countries, 2022 is shaping up to be the year when tensions over the potential for the militarisation of space become a top geo-political negotiation topic.
The problem is that most parties have an incentive to avoid agreeing on new rules. Many would rather keep space as a ‘wild west’. Of course, several countries have national space laws, and international treaties such as the Outer Space Treaty of 1967 are in place. Yet they do not adequately govern modern weaponisation of space technologies. And with no consensus over boundaries and control over space  objects, and blurred lines between defence and weapons systems, the risk of conflict is rising.
The reality of the military threat in space will be amplified in 2022 as politicians digest recent high-profile events. The Russian ASAT test in November showed that the country can take down satellites – an ability also demonstrated by the US (2008), China (2007) and India (2019). Meanwhile, France recently became the fourth country to launch electromagnetic-monitoring military satellites, following the US, China,  and Russia.
The importance of space has surged in the past few years as falling launch costs have led to an increased number of satellites in orbit and, thus, and increased dependence upon them. Aside from military uses, future conflicts will certainly target communications, GPS, and finance applications that all rely on satellites.

Countries have quickly taken the military risks of space more seriously. Over autumn, QUAD leaders agreed to finalise “Space Situational Awareness Memorandum of Understanding” this year. Separately, the UK pushed a resolution on “threatening and irresponsible space behaviours” which passed the first stage at the UN and will be reviewed in December.
Responding to the threats, new military space divisions have popped up over the last two years. Japan’s Space Operations Squadron and the UK’s Space Command were both created since 2020. They follow the creation of China’s Strategic Support Force in 2015, and the US Space Force in 2019. The latter will receive a 13 per cent budget increase in 2022.
The 2022 completion of the Chinese space station, Tiangong, will also mark a shift in soft space power. It will increase China’s scientific research capabilities and its collaboration with other countries. The station’s advanced technologies and equipment, as well as modular design, will allow for multiple use cases. Meanwhile, the International Space Station is only approved to operate until 2024.
So 2022 will likely be the year where space becomes the next frontier of an arms race between key global powers. Layering these issues on top of existing geopolitical tensions will create an unusual situation for world leaders. Everyone wants everyone else to play by the rules. Yet the rules of space are antiquated and there is a heavy incentive for most powers to avoid cementing new ones. The tensions above  the Earth appear set to amplify tensions on it. Space threats are already becoming a topic of geo-political negotiation and, in 2022, they will likely become front-and-centre.